Hawaiian culture is filled with interesting and exciting stories and legends about gods and goddesses, ghosts and goblins; about the creation of the Earth and the Hawaiian Islands. The ancient Hawaiians believe in a deep connection to the nature, of the lava flowing from the volcanoes through their stories. These stories are filled with passion, love, betrayal, loyalty, birth and death.

The Legend Has It 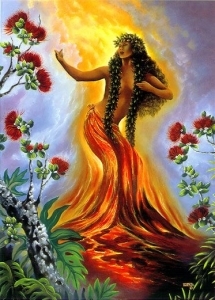 Take for example – Kilauea, presently one of earth’s most active volcanoes, is located on the island of Hawaii (Big Island). It is believed to belong to a family of gods, of which the most known goddesses of Hawaii is Pele. She is the one known as the creator of the magical Islands of Hawaii.

Pele (pronounced peh-leh), otherwise known as Pelehonuamea, ‘she who shapes the sacred land’, is the goddess of fire, lightning, wind and volcanoes. As legends explain, she lives in the fire pit called Halemaumau crater, at the summit of Kilauea. It is believed that Pele governs Kilauea and she’s the one also responsible for lava flows and volcanic activity on the Big Island, and other islands of Hawaii.

Among the people of these islands, Pele is well respected and often referred to as ‘Madame Pele’ or ‘Tutu Pele’. It is believed that after Pele created the islands, she went to a chair formed of lava, situated at the end of the Koʻolau mountain range, to rest. The frequent eruptions of lava on Kilauea is said to be a reminder that Pele is alive and still at home there.

Pele’s Chair, a large lava rock formation that looks like a giant chair from afar. It is situated on the eastern tip of O’ahu. The Hawaiian culture suggest it is a good idea to leave an offering of food, flowers, or gin (YUP – gin, apparently Pele is a fan) at Pele’s Chair, as in doing so it’s believed you may prevent a volcano from erupting. Legends also suggest that it was Pele’s chair where the fire goddess sat after her volcanic activities gave birth to O’ahu as well as other Hawaiian Islands which are perfectly visible from this point – Molokai, Maui and Lanai.

The Pele’s Chairs lies divinely at the very bottom of a vast long lasting mountain range Koʻolau paralleling 37 miles (60 km) of the eastern coast of O’ahu, leading though Makapuʻu, the south eastern end of the island.

The photogenic mountain range Koʻolau is known for it’s ‘Kualoa Ranch’ (a nature reserve offering tourist attractions and guided tours), ‘Stairway to Heaven’ hike and more. The ranch and this mountain range particularly, has been used as backdrops for a number of TV shows and films, such as the ‘Jurassic Park’, ‘Jurassic World’, ‘Pearl Harbor’, ‘Jumanji’ and ‘The Hunger Games’.

Just before this spectacular mountain range ends, you can choose to take a walk up to Makapu’u lighthouse, from where you can view Oahu’s white sandy beaches, continuing through Makapu’u tide pools. The numerous tide-pools and blue lagoons are filled with crystal-clear water booming with colorful sea life. You should also keep your eyes open for migrating humpback whales and watch out for a full moon and join the famous full moon hikes. You also have an option to walk down to a Alan Davis Beach eventually ending at the must-see chair-shaped rock formation of Pele’s Chair. 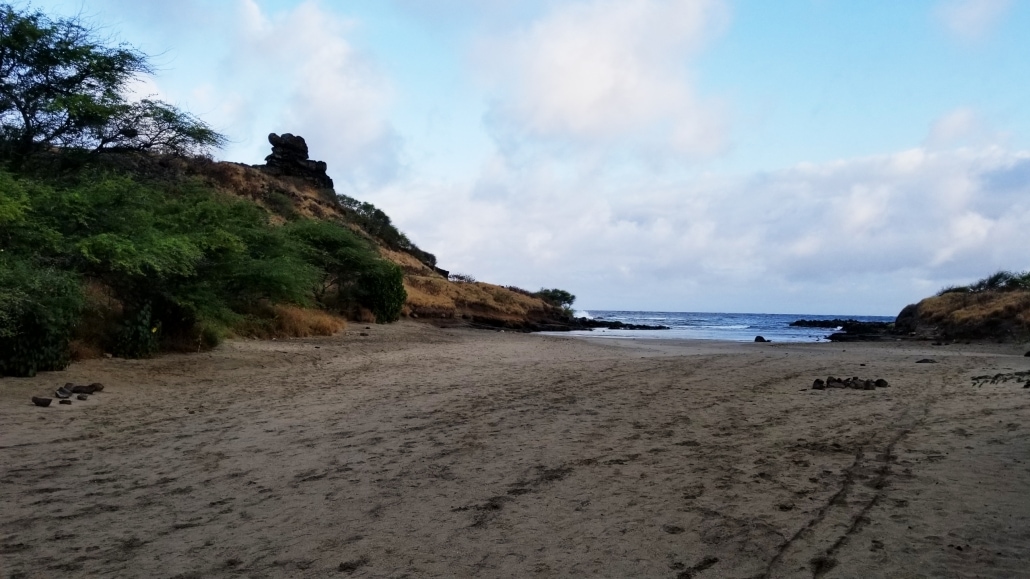 Picking up that beautifully looking lava rock as a souvenir for yourself, your whole family and all your friends might not be that good of an idea. As we now know, Pele not only enjoys gin but she is also known for her bad temper. So to protect what’s hers she placed curse that say if a visitor takes a lava rock or sand away from the Hawaii islands, they will experience bad luck until the ‘stolen’ Hawaiian elements are returned back home.

Well, whether you’re hiking the trails, sticking your toes in the white sand, or leaving offerings at Pele’s Chair, this excursion is a great way to spend an afternoon. It is family friendly but hikers will also enjoy a hike up the path to finish at the lighthouse. There is always so much to learn and enjoy in Hawaii. 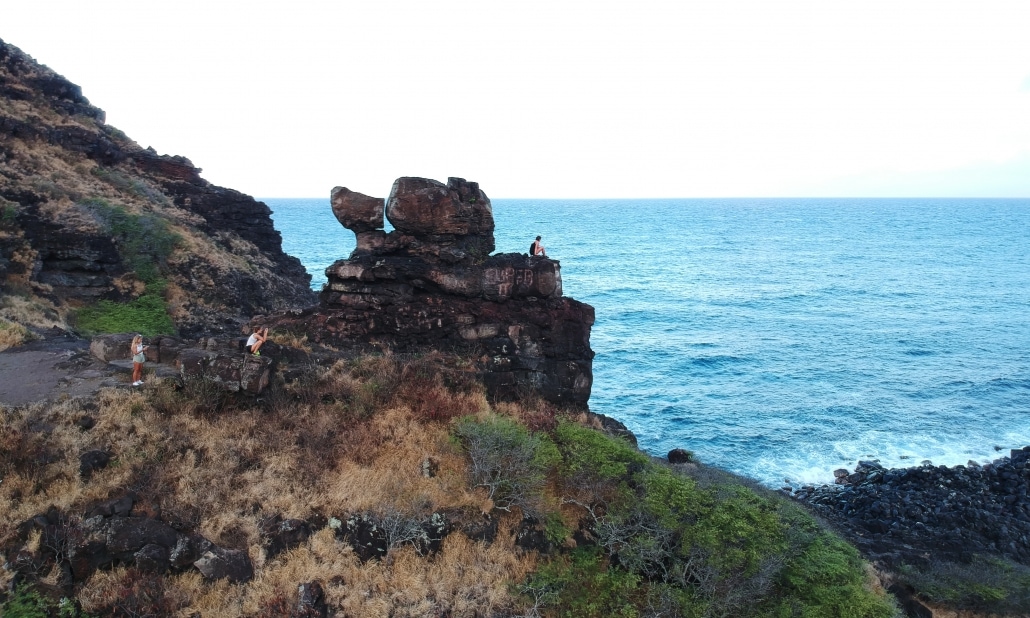